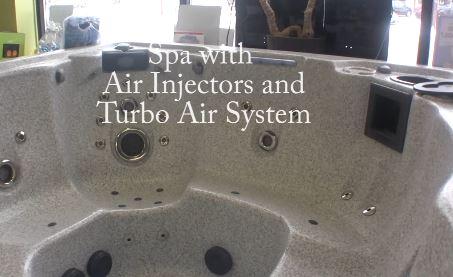 The air system requires air tubing, manifolds and connections to not only every air injector, but also to every water jet.

Water jets have an airport which normally sucks air in with the water by venturi, but using powered air from an air blower takes this effect to a whole new level.

A one speed pump on a hot tub can have the jets go on and off. This type of jet is found on many commercial spas and at hotels. The result is that the jet is either on and limited to one strength level, or off.  This is the simplest type of arrangement but leaves little control for personal massage strength taste.

A two speed pump can increase the control by allowing for a soft speed and a more rigorous massage.  Two speed pumps are commonly used as the main pump in spas that use the low speed as the filter speed.  Using the low speed of a hot tub pump for filtration helps a massage pump performs double duty. The low speed also provides for a comfortable, soft massage.  The low speed filtration is still more powerful than most dedicated 24 hour circulation pumps, which is why the filtration with a 2 speed pump only needs to come on 2-3 hours for every 12 hour period.

Two two-speed pumps in the spa can really provide for individual massage zones allowing 2 independent massage zones within the same spa.  One person can control the first two speed pump and put it on low speed for a calming massage while the second person can utilize the high speed of pump number 2 in a separate area of the spa at the same time. 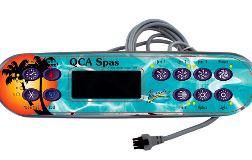 All this control is possible even without the addition of a turbo air system.   But adding turbo massage brings the massage levels and control to another level.

The air blower can be single speed or can have 2 or 3 speeds which further add to the combination and control of an individualized massage.

When the air blower is routed to the water jets to create a true turbo air system such as the type found in some of the Majestic and Paradise Series spas by QCA Spas, those spas denoted with either an “XL” or “Ultra” also feature a moving, dynamic wave massage for a full body massage.

Combining a turbo air system with a 2 speed pump allows for the combination of air and water at both high and low speeds of the jet pump for further massage possibilities and strengths.

Finally, many individual jets also have an outer ring around the jet that can be turned clockwise for more power and counterclockwise for less power or even to shut off water flow through an individual jet.  Can you see the massage control possibilities now? 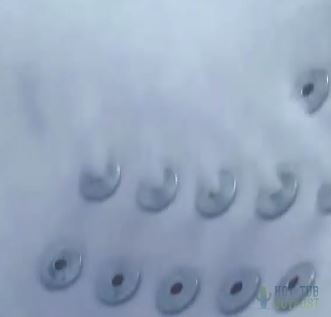 Another thing that happens when, within a massage zone a few jets are turned back or even off, is that the remaining jets become more powerful because the pump feeds each jet through a manifold for equal water power distribution.  If a few jets are off, the remaining ones get stronger.  Note that it is never a good idea to turn off many jets within a zone to avoid pump issues or even bursting a hose.  In practice, the manufacturer has a few jets that cannot be turned off on any given zone so that the chances of an issue arising are limited even with jets in the off position.

A safety bypass mechanism also exists to allow for at least 2 independent water paths on the suction side of each pump. This avoids hair or body entrapment issues, is a safety requirement, and is standard on most quality hot tubs.

By combining the individual jet settings with the zoned pump speed and blower settings, the massage experience can be customized to almost anyone’s individual preference.